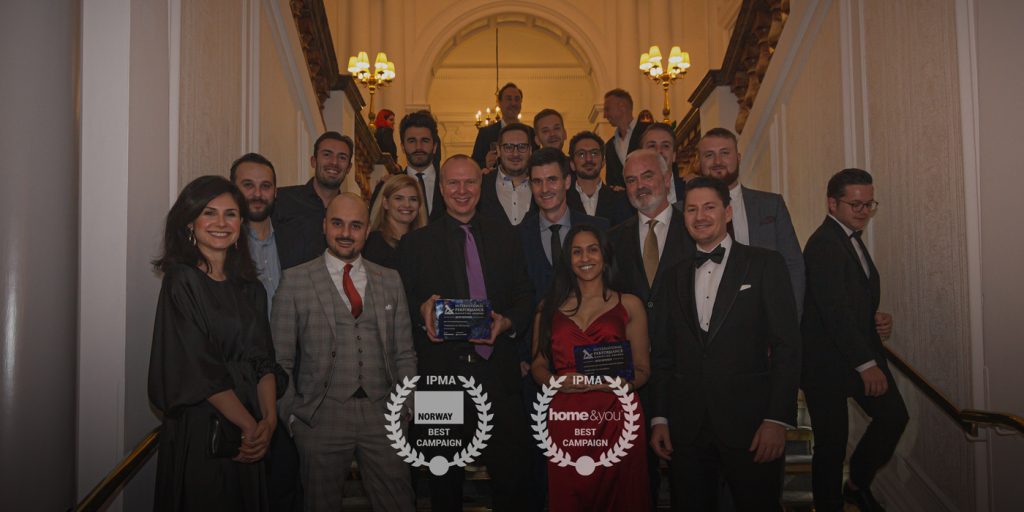 LONDON – On the 21st of October 2019 TradeTracker succeeded at being awarded twice during the annual International Performance Marketing Awards. As well as achieving the Highly Commended title for its case with Sephora in the MENA region, TradeTracker also won an award for Best Performance Marketing Campaign – Eastern Europe with home&you and Best Native advertising campaign with Visit Norway.

With Affiliate Marketing activities in 24 countries, TradeTracker was honored with nominations for a variety of regional segments, accompanied by a nomination for the Best Technology award with their in-house developed Real Attribution. The team, consisting of visitors from around the globe, went home with two awards and one Highly Commended mention for their MENA regional award.

After having won the Performance Marketing Diamonds Award for Most Effective Affiliate Campaign, TradeTracker Poland and the country’s most popular Homewear retail chain, got to achieve their second combined success in a week at the IPMA’s. Eastern Europe Best Performance Marketing Campaign – TradeTracker & home&you: Sustainable and incremental growth with an innovative approach to attribution.

The unique and successful Norwegian campaign for the country’s Tourism Board got awarded for their interactive storytelling campaign with the award for Best Native Advertising Campaign – TradeTracker & Visit Norway: Affiliate Marketing through storytelling.

These three cases were part of TradeTracker’s nine nominated cases which were as follows.

This success was achieved due to a committed international team and the continuously increasing globalisation of this originally Dutch Performance Marketing Network and the overall international success of TradeTracker.

The IPMA – International Performance Marketing Awards – ceremony is annually held by PerforanceIn to recognise and award the greatest succes’ within the Performance Marketing Industry. The 2019 ceremony was held at the Vere Grand Connaught Rooms in London that sold out as the venue filled itself with 400 people.

TradeTracker would like to thank PerformanceIn for the flawless planning and execution of the ceremony, and to thank the IPMA judges for their efforts and hard work, concerning the submitted IPMA cases.

Your application has been sent!

Thank you for your message. We'll get back to you within one business day via the contact details you provided.